What type of treatment techniques do you use?

I use state of the art Trauma Therapy Techniques to help ease peoples pain and suffering.

What is Eye Movement Therapy?

Eye Movement Therapy, also known as EMDR is one of the preferred methods of therapy for working with clients who have high levels of anxiety and Post Traumatic Stress Disorder according to the Harvard Journal of Medicine.  It is now standard protocol to the extent that I have received recruitment letters from Veterans Affairs to work with Vets with PTSD. And the applications include treating any level of Anxiety that includes physical sensations and negative self -beliefs.

I am a certified Eye Movement Therapist with 25 years of successfully using Trauma Therapy techniques with my clients.

EMDR-Eye Movement Desensitization and Reprocessing incorporates elements of cognitive-behavioral therapy with bilateral eye movements or other forms of rhythmic, left right stimulation.  One of the key elements of EMDR is “dual stimulation.” During treatment, you are asked to think or talk about memories, triggers, and emotions while simultaneously focusing on your therapist’s moving finger or another form of bilateral stimuli.

In a typical EMDR therapy session, you focus on traumatic memories and associated negative emotions and beliefs while tracking your therapist’s moving finger with your eyes as it moves back and forth across your field of vision. Other forms of external stimuli that may be used in EMDR therapy include bilateral tactile sensations such as a handheld device that produces an alternate light vibrating sensation that many people experience as calming.

How does EMDR therapy work?

At the time of a traumatic event, strong emotions interfere with our ability to completely process the experience and one moment becomes “frozen in time. These traumas are filed away in the limbic system at the top of the brain stem.” Recalling the traumatic event opens that file exposing those thoughts images, smells, sounds and feelings all over again.

EMDR therapy appears to directly affect the brain by processing and moving the material from the file frozen in the limbic system into a new file located in the frontal lobes with a positive label and associated thoughts, the motions and physiological sensations. Trauma memories become more distant with thoughts like, “I did the best I could” or “I am ok”. Physiological sensations of distress are gone.

The exact mechanism for the effectiveness of EMDR is yet unknown. It appears that using rapid eye movements relieves the anxiety associated with the trauma so that the original event can be examined from a more detached perspective, somewhat like watching a movie of what happened.  This enables you to access positive ways of reframing the original trauma (reprocessing), and to release the body’s stored negative emotional charges around it (desensitization).

Trapped by Memories: How a single trauma can impact our lives Francine Shapiro, the creator of EMDR, uses the example of a rape survivor to illustrate how people can get “trapped” by memories of trauma. While a woman who has been raped might intellectually know that she’s not to blame, but she still may feel emotions of guilt and shame surrounding the attack. Her memory of the rape is then affected by these emotions, which she hasn’t fully explored or dealt with. Shapiro believes that as time goes by, “when the individual thinks about the trauma, or when the memory is triggered by similar situations, the person may feel like she is reliving it, or may experience strong emotions and physical sensations.”

Some experts have noted that the eye movements involved in EMDR might be similar to what occurs naturally during dreaming or REM (rapid eye movement) sleep. It may be thought of as a physiologically based therapy that allows a person to see material in a new and less distressing way. Others believe it reactivates parts of the brain that were “shut down” as a coping mechanism. In this way cognitive reorganizing takes place, allowing the negative, painful emotions to give way to more resolved, empowered feelings. 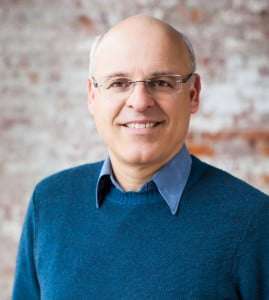